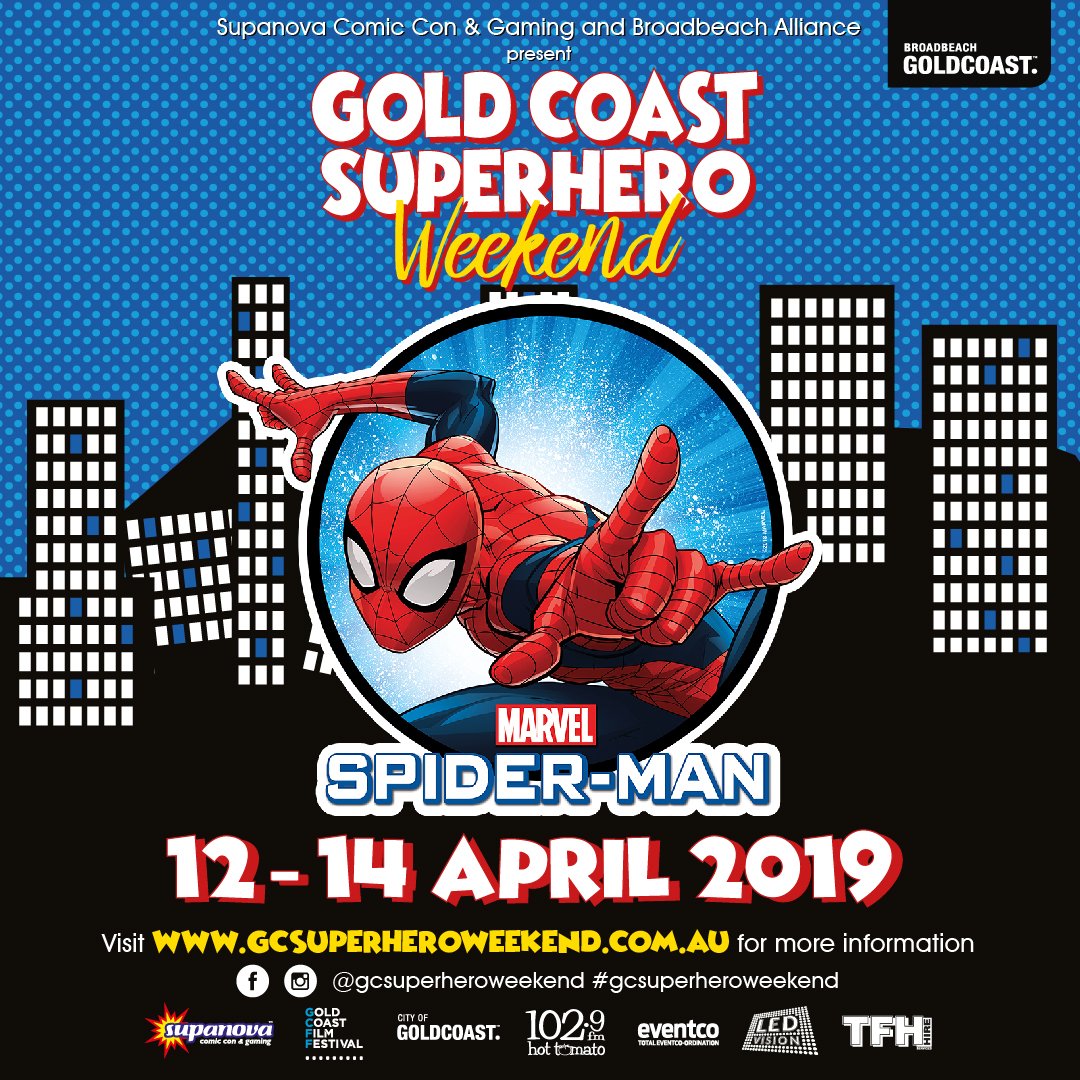 Join thousands of superhero fanatics on the streets of Broadbeach and watch as the city turns into a replica pop up of television, film and book characters together with our very own local superheroes.

Alongside the Supanova Comic Con & Gaming Expo taking place at the Convention Centre, there will be 3 days of intense superhero activity including Movies in the Mall presented by the Gold Coast Film Festival, Nintendo Switch gaming, superhero themed events at City Libraries and Australia’s only Supanova Superhero Parade on Sunday 14th April through the streets of Broadbeach.

Visit their website http://broadbeachgc.com/gold-coast-superhero-weekend/ to see the full program!